When The Sapphires was released in August, a few screenwriting friends and I made sure we saw this new gem of Australian filmmaking for ourselves. I confess – the reviews, reports and marketing campaign (not to mention the talent) held me in anticipation – albeit slightly reserved. I love musicals – film and theatre – and this film took me on a wonderful journey. The tagline captures the film’s essence: ‘Follow your heart. Discover your soul’. No – it’s not earth-shatteringly perfect, but it grabbed me by the heart strings and took me with it. The characters were engaging, the music and singing terrific and the ending was satisfying. And there’s no coincidence that soul music is so central to the story. So why was The Sapphires taken into the hearts of Australian audiences? Is it just its feel-good appeal? And why was my anticipation somewhat reserved?

Australian films have been languishing in a limbotic state in recent times, promising much but just not delivering the level of impact on audiences and critics that we experienced a few years back. That’s not to say Hollywood was in any danger of being overtaken by the Australian film industry, but hey – they rated on the Aussie audience radar. Irrespective of personal taste, movies like Crocodile Dundee, Babe and Strictly Ballroom are among 17 films earning more than $10 million at the Australian box office and all made between 1980 and 2000. Comparatively, in the last ten years, only four Australian films have earned $10 million or more (Source: Screen Australia).

Australian actors and filmmakers have long been recognised and applauded for their creativity, skill and talent. Heaven knows, there are Australians everywhere doing very well, thank you, in all filmmaking roles. Despite this fact, our homegrown films have not reached the same dizzying heights. And certainly not in the hearts of Australian audiences. But The Sapphires seems to have struck a chord with Australian and worldwide audiences alike. Red Dog had similar success and several other films such as Animal Kingdom, with Jacki Weaver‘s Oscar-nominated performance to boost it, received international recognition and critical acclaim. Notoriously difficult to please (some may argue this point!) and often harsher on our own, we Aussies just don’t warm to our films. And the tone of our stories in the last few years have been generally slow, uninspiring and some – well, downright depressing. Critical acclaim, it seems, holds little regard with the locals.

What to do about this situation? Indeed, some may disagree there is a ‘situation’. That’s fine – everyone is entitled to their opinion. But fact is, our people don’t rush to the box office to spend their hard-earned on a home-grown production. There is a saying in the retail sector: Customer is King! That is, to make a decent fist of a retail business, you need to find out what your customer wants and deliver it. You cannot dictate what your customer wants. Now advertising manipulates that to some degree, but nevertheless if you don’t supply, customers won’t buy. Once you’re established, you can introduce other things because your customers know you and are then more accepting of new things. Sound familiar?

Maybe we need to look at this business in a similar way: Audience is King! Look at what brings Australian audiences in and make films with that in mind. And I am not advocating ‘formula’. Nor do we stay within the confines of a couple of genres. That is not a lasting platform for success. The horror fan needs to be accommodated as much as the rom-com fan does. My point is, work out why something works and use the principles to produce great entertainment – with our audience in mind as the main reason we do what we do. The best performers are there for the audience – they respect that someone has spent money and time to watch them. They study their craft to deliver the best product they can and realise that those audience members can choose to spend their money and time elsewhere. It seems our film audiences are choosing to do exactly that. And speaking of money . . . 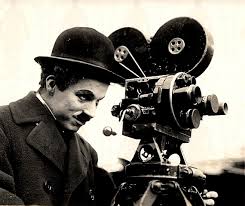 Millions of dollars to back a film do not, as we well know, ensure box-office success. A number of great films have been made on a miniscule budget, and some mega-dollar flops have sent studios packing. But, we need some money to make films. Funding opportunities through the established organisations in the lucky country are difficult and tightly-contested at best. And while the same sort of scripts get funded, we face a continuing cycle of people writing to a style that gets money for development with no real return at the box office. Make no mistake – filmmaking is as much business as it is art. I want to pay the people who work on my films – not ask them to wait until we start to get a return. But if the public are not paying to see films, then it all becomes an almost narcissistic activity.

Again, what to do? We must change the status quo. Sounds easy, right? No – not at all. But I believe it can be achieved. We have a vibrant, creative filmmaking community that is just itching to develop quality entertainment. Being force-fed the current free-to-air television slush has not helped promote the cause of great writing and production. I wonder if the public have been duped into believing this is the best we can offer and so our films are just the same. Sure, we have had some recent television series that have been solid and eminently watchable, but definitely no Breaking Bad, Smash, Boardwalk Empire, or Downton Abbey types have broached our screens. It’s not for lack of good writers, directors, producers, cinematographers, actors – in fact any role. If we have money for the likes of the now defunct (cough) The Shire, we have money for more of the quality of House Husbands and Rake. And I am convinced that the size of the screen does not matter where good entertainment is concerned.

I attended this year’s SPAA Fringe Conference, held 26-27 October, on Sydney’s Cockatoo Island, alongside the Cockatoo Island Film Festival, 24-28 October. The island was buzzing with film fans, actors, directors, producers and emerging television and filmmakers of all types. Those attending SPAA Fringe heard about the latest in crowdfunding, crowdsourcing and crowd-investing, grants, government funding, multi-platform producing, web-series, and the list is way too long for this post. The incredible diversity and creativity amongst our local screen community was evident and there were many more amazingly talented filmmakers who could not attend. We can start somewhere to make an impact and bring more of that fresh breeze that is stirring in this business. I believe the future of the industry is in good hands – provided we keep our audience on the top of our priority list and earn their respect once again. Then we’ll see bums on seats and the box office ticking over, so we can do what? Make more great films!